On November 21st 2015, the American Museum of Natural History in New York City held it's first ever hackathon to benefit dinosaur researchers and paleontologists. Titled "Hack the Dinos," it kicked off with an introduction to a host of problem researchers at the museum faced in dealing with their data. Among these were challenges with digitizing field notes, crowdsourcing fossil identification, and making apps to help future field research.

Together with Benjamin Bojko, we formed the team "DinoJerks" and tackled a challenge to visualize dinosaur skulls and brains. Paleontologists have vast collections of fossil data in the form of CT scans of skulls. These skulls are each made of slices, and need to be re-constructed into 3D to be viewed. When reconstructed, researchers can analyze the empty brain cavities in order to compare them to their modern day ancestors (think chickens).

In under 24 hours we built a stand alone application in the Cinder C++ framework that could read in hundreds of files and visualize hundreds of thousands of points of data. In these scans, different bone densities are represented by different colors, so we also built in filtering by color in order to filter out sediment and digital artifacts.

We were able to visualize the skulls in real time and built an exporter to export dense point clouds for other programs, like MeshLab as seen in the above video, for further processing. All of this work is a big step towards replacing closed source software which costs upwards of $10,000.

Our application won the "Fan Favorite" prize at the hackathon. The code is freely available and open source on github. 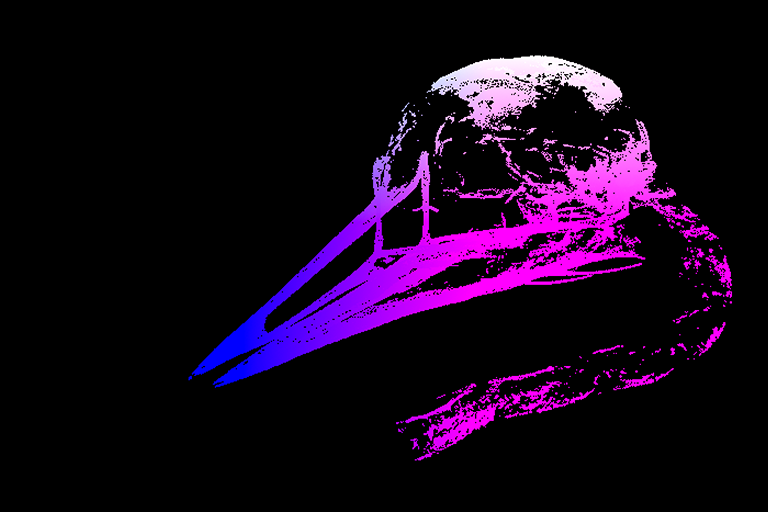